What are the Best Places to Live in Northamptonshire? 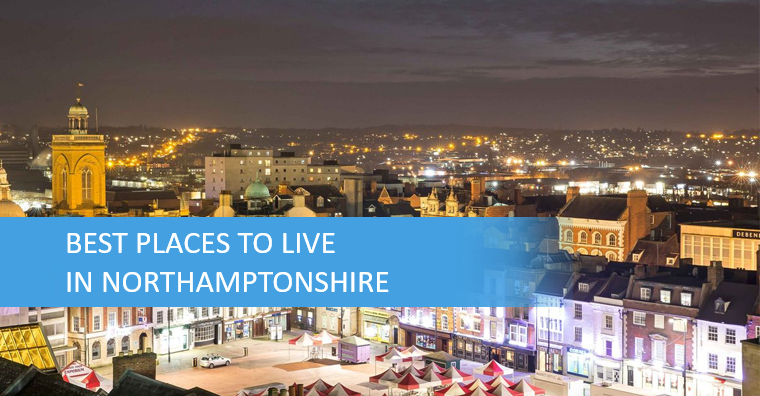 It can be hard to find the perfect place to live or what you want out of your new home. It doesn’t have to be! In this blog post, we look at the best places to live in Northamptonshire based on several factors.

We ranked the towns based on ease of transportation, housing prices and amenities available, so hopefully, one of these five towns is just what you’re looking for!

This article goes through a list of places you should consider living if you’re looking to settle in Northamptonshire! 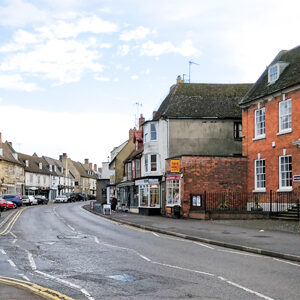 The town of Thrapston used to be a thriving market town for the East Midlands region before the Industrial Revolution. Nowadays, it’s still thriving as an increasingly popular commuter town due to its proximity to Northampton.

It boasts one of the best-preserved Norman churches in England with a unique and stunning medieval period font. You’ll also find plenty of pretty stone cottages along with other treasures here, including Market Square, which features imposing 18th Century smart Georgian buildings.

If you’re looking for even more peace, River Nene runs just beside Wicksteed Park. A great place to explore and unwind.

A wide range of amenities

Thrapston has many amenities available, including supermarkets, pubs, cafes and restaurants to suit your needs. There are also several leisure centres nearby and an abundance of other beautiful green spaces like country parks.

This town is an ideal place for young families due to the excellent transport links like train station on both sides, excellent schools, dentists and close access to healthcare in general.

All in all, this small but bustling community has plenty of fantastic services available.

The housing market averages £230,000, a fairly budget-friendly option compared to the national average of £260,000.

According to the Land Registry Office, the average house price in Thrapston has risen by 11% from last year. It predicts housing prices will continue this trend for some time yet.

Brackley is an industrial town steeped with some 27,000 inhabitants, and it can be pretty attractive for those looking for employment.

Several large companies like Siemens, ASDA and one of the largest Tesco supermarkets in England are present in the area. There can also be opportunities available within footwear and leather manufacturing with Dunlop Sport and United Leather.

The average weekly salary in such companies is £510 or more, which isn’t too shabby compared to the national average of £470.

As far as schools go, the secondary schools in the town are rated as “good” by Ofsted, which reflects in the high attainment, with an average score for five A* to Cs at GCSE.

Concerning the average house prices, they are cheaper than other towns in Northamptonshire, according to Rightmove’s latest survey of property data. For example, East Hunsbury has an average house price of around £435,000, but Brackley will only cost you about £249,000. 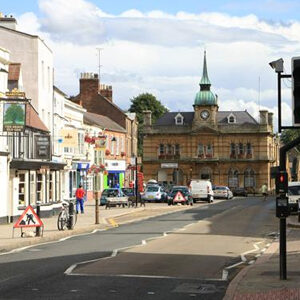 This market town is famous for be­ing home to the Towcester Racecourse. Its distance to London is 71 miles and has one of the fastest growing populations in the area.

The local amenities are plentiful in Towcester. Historic sites like the Parish Church dating back to the 13th century to local facilities like Sainbury’s or Waitrose for your everyday needs and even Tesco Extra, which sells groceries alongside clothes, books, etc.

It’s also a stone’s throw away from Stanwick Lakes, one of Northamptonshire’s most popular green spaces that offers plenty of fishing opportunities as well as birdwatching.

It’s also strategically located for transport links with the M40 just 12 miles away and Junction 17 on the A14 within reach too, making it very accessible indeed!

The average house price in Towcester was £189,034 as of August 2020. Considering it has good transport links and amenities nearby, it’s not a bad deal. Whilst being within striking distance of major cities such as London.

Compared to the national average, Towcester town centre is cheaper by £66,000 with a difference of 35%.

To compare with its immediate surroundings, we also looked at some outlying towns around Towcester. And found: Kilsby (average: £129k), Bugbrooke (average: £131K) and Weedon Lois (average:£196K).

There are four towns in Northampton: the south part, the west side, the north side and the east bank. Each city has a slightly different feel and lifestyle.

Northampton is a place that has seen much of England history’s advance and change. It’s been ruled by kings and queens, conquered in war, and was once home to many Scottish workers who came over to work for building projects.

Being one of the largest towns in Northamptonshire county, Northampton is an ideal location if you’re looking for somewhere around halfway between big city life but without all the hustle-bustle.

Northampton has plenty of amenities with bars, restaurants and cafes on every street corner. The largest shopping mall in the UK outside London resides here.

Northamptonshire county council have spent £600 million on improving infrastructure over the past decade, including new schools, hospitals, roads and transport links. These services will allow you to enjoy this county town whilst living within 25 miles of Birmingham and London.

In 2018, market towns like Northampton were more than a third cheaper to buy property. But nowadays, it has the largest proportion of private housing in England, which means buyers are spending more on their mortgage repayments than people living in other towns.

The average house price in 2019 was £305,000, and it’s above the average in the country whilst still being a lot cheaper than nearby towns such as Milton Keynes and Brighton.

Is Northampton safe at night?

Northampton’s been rated the safest town in England to live in when it comes to crime statistics. The council introduced CCTV cameras in 2002, which have impacted reducing anti-social behaviour across Northampton’s town centre and beyond.

Where should I not live in Northampton?

The nearby towns we wouldn’t recommend are Abington, St. James’s End and Corby due to their higher statistics of drug and alcohol use.

We hope our post about the best place to live in Northamptonshire will be of good help. If you’re interested in moving to a new location, get in touch with us at Transport Executive. We’ll be happy to help you find the place that would suit you best based on your needs and lifestyle criteria.