12 Uncommon Rituals When Moving To A New Home 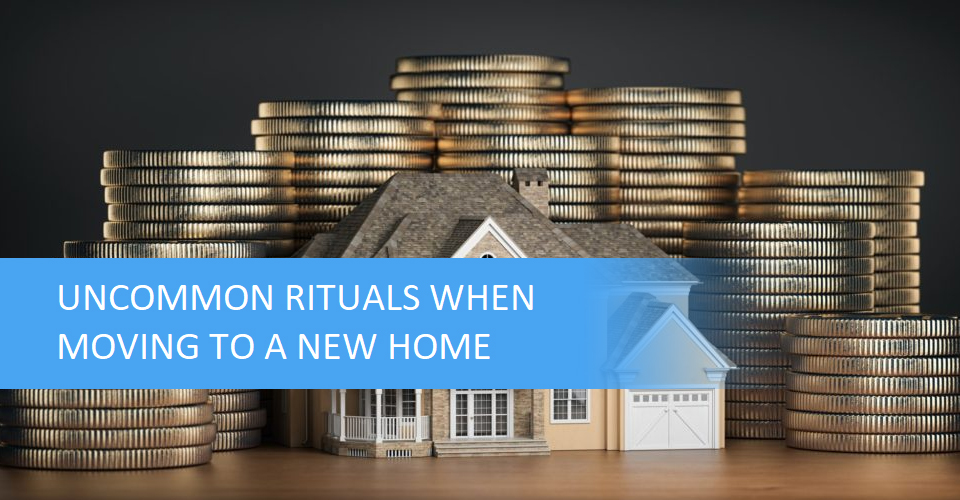 Moving is a ton of work with a massive heap of stress dumped on top of it. But that doesn’t mean you can’t use it as an opportunity to inject some fun and memories in between the hectic chaos. So what are some of the rituals, traditions, superstitions, and customs people do to mark the start of a new home?

All across the world, various people have rituals and traditions when moving into a new home. These include:

When moving into a new home, the most common modern-day tradition is throwing a housewarming party. Guests often bring over a bottle of wine, gift cards, casseroles, or possibly a plant. But it isn’t always practical to throw a bash, especially if you are new to the area and don’t know anyone. Also, it can be fun to do something new, even if it’s old.

We’ve taken a look around the world and dived into the past to find twelve rituals and traditions when moving into a new home. Some are messy, others are fun, and a few would make a lovely housewarming gift. Regardless of whether you give any of these a try, we can assure you that they are unique and interesting.

Brooms carry with them a lot of superstitions and traditions. Some people jump the broom to celebrate marriage; others fear keeping a broom in the same room as the dying. There are a few traditions when moving into a new home, too.

One is to never bring an old broom to a new house. Instead, you abandon it at the old home. The second is never sweeping dust out the front door of your new home. As with most of these traditions, these rituals are tied with luck.

Orange trees, such as the Calamondin, are a traditional Chinese New Year gift. This is because they are a symbol of wealth and luck. Thus, many believe buying an orange tree is an excellent way to begin their life in a new home. This symbol of prosperity would also make a beautiful yet quirky, housewarming gift—a fun twist on the standard pot plant.

Feng Shui isn’t big on pregnant women moving homes. Part of the reasoning is that moving requires “labor and toil,” and they’re not wrong; moving is that. However, if you cannot avoid moving while pregnant, it is suggested that the pregnant person should at least be banned from the activities, including watching it happen.

Should the pregnant person want to do something, their suggestion is to go out and buy a new broom.

4. Boil A Pot of Milk And Rice

There is a Vasthu Sastra housewarming tradition of boiling a pot of milk and rice until it overflows. This is to be symbolic of long life and purity. However, the state of your kitchen will be far from pure once you’ve done it. 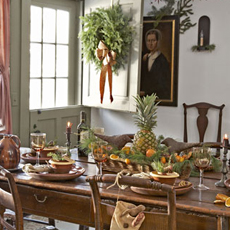 Thanks to a certain “keeping up with the Jones” mentality, displaying a pineapple got wrapped up in housewarming traditions. Yes, this tradition is sweeter when you don’t know the history.

It harkens back to a time when pineapples were rare and valuable in Europe, being that they are from tropical climates. Thus, the fruit was incredibly expensive. Meanwhile, in countries that grew pineapples, people would hang fruit in their doorways as a gesture of hospitality. Thus, Europeans married classism with a friendly tradition to create a snobby gesture.

6. Give Bread And Salt

Bread and salt are traditional gifts of prosperity and hospitality in many cultures, including Judaism, Russian, Polish, and Romanian. For some, it is an honored welcome, there are those that use it at weddings, and yes, it is a housewarming gift.

The aloe isn’t just for good skin. The plant is also a symbol of good fortune and protection. Thus, some people hang an aloe near the entrance of their home. An aloe would also make a lovely housewarming present.

8. Hanging On The Chimney Hook 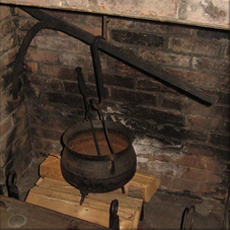 Hanging on the chimney hook (pend la crémaillère) is a French housewarming party. The term has roots in a much older tradition. Like an American barn-raising, French communities used to work together to help their neighbor build their home.

The proud new owners hung the chimney hook when the home was finished, which held the cooking pot over the fire. Then they got to work making a meal for the party of thanks to all who helped build the new house.

Lighting a candle or a fire, should you be lucky enough to have a fireplace, is a housewarming tradition that dates back to medieval times. Some felt it was a sign of welcome, strength, and blessing their future life. Others were just trying to get rid of bad vibes and evil spirits. These days, lighting a candle is often a sign of hope and remembrance.

10. Placing Fennel In The Keyhole

Placing fennel into the keyhole isn’t a tradition we’d recommend with modern locks. However, the French once did it, believing, “In case a magician wants to enter the room through this keyhole, fennel, let him feel your presence and power, so he will be afraid to enter.” But somehow, it has become associated with moving to a new home.

But fennel has a deep history in many cultures. One of the less messy and weird ones is the English tradition of hanging it on doors and windows to keep out the witches. So maybe give that one a go instead of stuffing up your brand-new locks.

Scattering coins in corners of a new home is believed in some Asian cultures to bring luck and financial success.

If you enjoyed reading this article, visit us on our website at Transport Executive for more.