What are Best Places to Live in Lincolnshire? 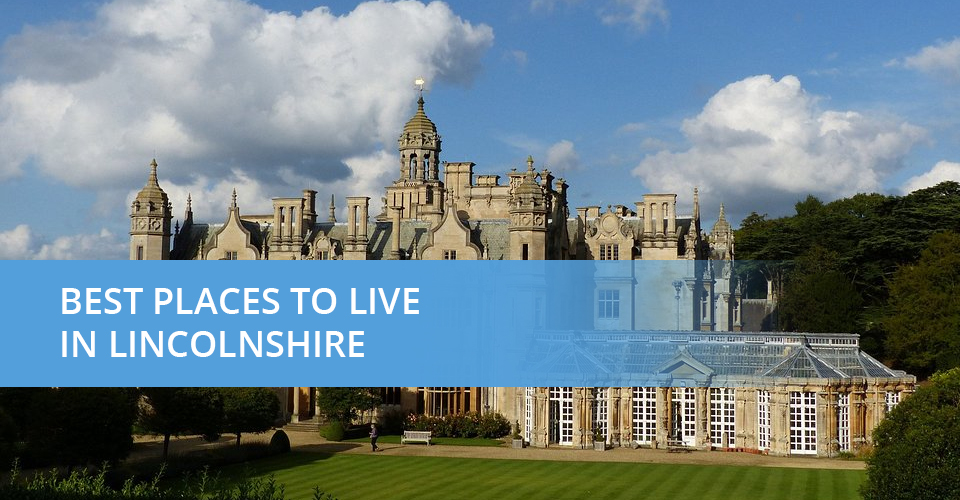 Lincolnshire is located in the East of England, and is the second-largest county,  hugging the coastline of the North Sea, Lincolnshire is famed for its market towns which are regularly listed on the Sunday Times Best Places To Live list.

This county is steeped in history too, being host to one of the oldest cathedrals in the country, having been built in 1072, Lincoln Cathedral was once the tallest building in the world, and kept that title for almost 300 years, making it definitely worth a visit. Lincolnshire isn’t all castles and cathedrals though, let’s take a closer look at the best places to live in this beautiful county.

4 Best Places to Live in Lincolnshire 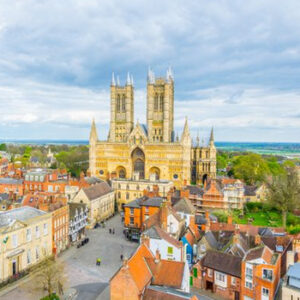 Lincoln is filled with winding streets, independent shops, cozy pubs, and the aforementioned cathedral, which dominates the skyline. The biggest town in Lincolnshire, Lincoln sits on the River Witham and is divided by the locals into two areas, uphill, and downhill.

Lincoln is home not only to the Lincoln Cathedral but also the Lincoln Castle, which was constructed by William the Conqueror during the late 11th century and holds one of the only remaining copies of the Magna Carta, which is still available to read. It is a perfect example of historic architecture, along with the Lincoln cathedral, it is a symbol of this quaint town in the east of Lincolnshire.

If you’re moving here with children and looking for schools in Lincoln, then according to OFSTED there are some outstanding options available in the area, including The Priory Academy and the Fortuna Academy. House prices average at £142,180

Quaint Market towns with cobbled streets aren’t too difficult to come across in Lincolnshire, but Market Rasen has to top the list here. Home to the county’s racecourse, the town is locally known as ‘Rasen’, the town’s name was first mentioned in the Domesday Book, the name was derived from the Old English ræsn meaning plank, thought to be referring to an old plank bridge.

There are many stories to be heard about the heritage of this town, so it might be a good idea to consider taking the town’s virtual tour. The Racecourse has an annual racing fixture list but can also be used as a concert venue, having attracted big names such as Tom Jones and The Kaiser Chiefs. House prices average at £236,935, almost double the price of Lincoln.

Maybe cobbled streets and quaint English towns aren’t really doing it for you, then maybe you need something a little more exhilarating, how about crazy golf, bowling, funfairs, or even go-karting? There’s enough here to keep you entertained all year long. One of England’s first seaside resorts, Skegness is located at the most easterly point of Lincolnshire, it welcomes visitors year-round, and is still popular today. As with many other seaside resorts, the nightlife is full of entertainment too, catch a show at the Embassy Theatre or a movie at the cinema, or if trendy bars are more your thing then grab a drink at a bar or a meal in the many fine restaurants.

How about a visit to the “best Skegness attraction in 2015”, the Natureland Seal Sanctuary rescues injured seal pups and has a whole host of different animals including penguins, alpacas, and butterflies, they even have a koi carp pool.  Visit the beach on a busy summer day, the golden sand stretches for miles, it is well maintained and well worth a visit.

House prices here average at around £199,864, so it’s firmly placed in between the prices of Lincoln and Market Rasen. 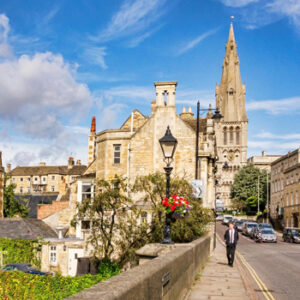 Described as the “best looking town in Britain”, Stamford in Lincolnshire has regularly been at the top of the Sunday Times ‘Best Places To Live in the UK list’, making the list in 2019, 2017, and 2013.  The list is based on a wide range of factors from employment, schools, and broadband speed to culture, community spirit, and local shops. The thriving Friday market, Corn Exchange, and the Arts Centre are all great places to visit. Stamford boasts over 600 listed buildings from the 17th and 18th century all of which were built with the town’s signature limestone.

Another pretty market town, Stamford, definitely deserves to be named one of the best places to live in Lincolnshire. Visit Burghley House, the little-changed 16th Century estate, with its state apartments and 17th-century paintings. Or Burghley Park with an incredible 26-acre lake, and the famous Lion Bridge, designed by Capability Brown, both of which make for a wonderful day out.

House prices average above all the rest of the locations on this list, at £302,287, but it’s surely worth it.

Is Lincolnshire a safe place to live?

What is Lincolnshire famous for?

Lincolnshire has 50miles of coastline fun! Scampton, in Lincolnshire, is home to the Red Arrows, the famous RAF Aerobatic Team in WW2 Lincolnshire was known as the Bomber County because it has more airfields for RAF planes than anywhere else in the UK.

What is the biggest town in Lincolnshire?

Lincoln is the biggest town in Lincolnshire, with a population of over 100,000 people, as of a population census conducted in 2011.